Honduran Thoughts of our Volunteers 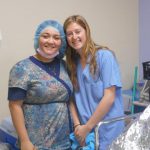 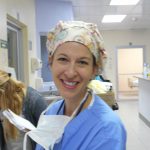 This is my first mission with Blanca’s House and it was an amazing experience. I have wanted to come on a mission for a long time because of Connor and my Aunt Kerry telling me stories about all of their stories from the many missions they have been on and I am so happy I finally decided to go. I learned many new things and was able to perform stuff I never thought that I would. Everyone on the mission was very helpful and patient and I learned something from each person here. Helping patients was an awesome feeling and getting to see how thankful they were for our help was a great feeling. I hope I can go on many missions in the future because it was one of the best experiences I have had!

This was my second mission with Blanca’s House and it keeps on getting better. I was excited to find out that the time in January was convenient and I was able to go. So far I was able to do my first closure on a patient tying the sutures, as well as assisting my first Lap Chloe. It was very fun being able to do hands on things. I never thought I would be able to do the amount of what I have done. The people I have met on this trip are outstanding people with great hearts. Getting to know the country and locals of Honduras is also a blessing. I am thankful for the God given opportunity to help serve to people of Honduras and to help Blanca’s House continue their amazing legacy. –

My first mission with Blanca’s House has exceeded my expectations. It has been especially great working with the team and seeing everyone come together to do some great work

This was my 5th mission with Blanca’s House. I started out as a junior volunteer in 2010 and I can say with full confidence that I am still going to go on more trips in the future. All of these missions give you memories that will last favor. As cliché as that sounds it is true. Going to these countries and working with these people leaves an impression on you. You are forced to adapt to their language and work alongside people that you’ve never met in environments that aren’t exactly calm. Working as a JV really pushed me towards healthcare because I saw how much of a difference I made. And now I am on my second trip working as a nurse. To those reading this, if you are even a little curious about nursing, medicine, or just learning about another culture in general, I encourage you to apply for a mission. They are tough sometimes but they just might inspire you to pursue a path that you’ve never considered. 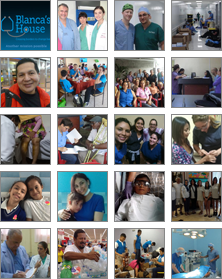